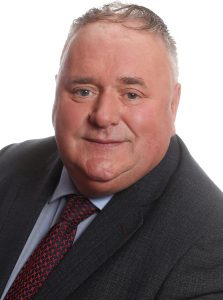 As the Seanad spokesperson on Rural & Community Development & The Islands, I want to take issue with a number of points raised in an opinion piece by Independent Deputy Michael Fitzmaurice, and a front-page article in last week’s edition of the Roscommon People.

I want to assure the people of Roscommon/Galway that I have no intention of allowing rural Ireland to suffer, be penalised, or indeed turn into a “deserted theme park” as suggested by Deputy Fitzmaurice.

I am from a farming background and have always stood up for the farming community and represented their views. I was reared on a small farm in Scramogue, and my late father and my mother – who is still happily alive – often struggled to provide for our family of six. I know first-hand the reality of life in rural Ireland, and as the only Government representative in County Roscommon, and one of only two Government reps in Roscommon/Galway, I will not be found wanting in having a positive and rurally-focused agenda. When I have to fight and stand up within Government circles for issues facing rural Ireland, I will not be afraid to do so.

Fianna Fáil brought forward and pushed for REPS 11 in the programme for Government. Fianna Fáil also pushed to ensure that small and medium-sized farmers had a fair share of the cake. In my opinion, the changes in CAP payments will be of benefit to smaller farmers. It seems that the changes to Pillars 1 and 11 will mean that farmers may be enticed to take part in more schemes and some of those schemes will be more environmentally focused. However, I do not want to see a situation whereby farmers are bogged down in red tape, and bureaucracy must be avoided at all costs.

In relation to climate change, I believe that farmers can be the great protectors of the environment, but in order to achieve this, they must be adequately compensated. I believe that in the CAP negotiations, the Irish Government, led by a Fianna Fáil Minister for Agriculture Dara Calleary, will be well placed to deliver the right decisions for rural Ireland.

This Fianna Fail-led Government has committed to a new post of food Ombudsman as promised, and one of the key issues for that office will be to get a fair price for producers – including beef, lamb, and pork producers. This post of food Ombudsman was a clear commitment by Fianna Fáil and I look forward to seeing that post deliver.

Fianna Fáil insisted in the programme for Government that there would be no interference with live exports during the term of this Government, and that has been agreed by all parties, including the Green Party. I should also emphasise the importance of the suckler herd to this region, and how very supportive Fianna Fáil has been of this sector.

Fianna Fáil committed to fight for the agriculture portfolio and was determined to have the Minister from a rural region. While I have been very saddened by the demise of Brian Cowen in this portfolio, I have no doubt that the new Minister for Agriculture, Dara Calleary, will rise to the challenge and be specifically focused on the challenges facing the farming and rural community in the West and Midlands.