As details of a new CAP Budget emerged this week, I was left disappointed on a number of fronts – starting with the fact that the budget has been cut by approximately 10%.

But I also believe that the proposal for the voluntary capping of direct payments at €100,000 doesn’t go far enough. As part of the proposed measure, member states would be able to introduce the cap on a voluntary basis and it would only impact the Basic Income Support for Sustainability (BISS) scheme – which will replace the current Basic Payment Scheme. Labour-related costs could also be deducted from the BISS prior to the cap being implemented.

As part of Government formation talks earlier this year, I proposed that the maximum any recipient should receive from grants – Pillar 1 and Pillar 2 combined – should be €50,000…with the only exception arising when temporary emergency schemes are introduced to combat weather-related difficulties or prolonged periods of poor prices.

This would ensure that there would be more money in the overall pot to divide among smaller family farms, which are the fabric of rural Ireland.

Irish agriculture faces a couple of transformative years ahead, given the challenges on the horizon. In order to overcome these successfully, family farms must be protected.

We have to get to a stage where a young farmer on a 32-hectare farm who is in receipt of BPS, ANC, a proper environmental scheme, a sheep welfare scheme and a suckler cow scheme is in receipt of a minimum of €20,000 per annum. Given the age profile of farmers at the moment, I feel the introduction of a scheme to encourage the handover of the farm to the younger generation would be hugely beneficial.

I also welcome the fact that a new REPS-type environmental scheme is being introduced, but await further details of how it will be rolled out and implemented. When it comes to designated lands, I have called for an initial fund of €10 million to be allocated to the National Parks and Wildlife Services in order to compensate farmers – otherwise the designations must be lifted.

When it comes to the role of farmers in combatting climate change, I believe farmers are prepared to put their shoulders to the wheel. But we cannot allow rural Ireland to be turned into a deserted theme park so it can act as a carbon sink for the rest of the country.

Farmers are willing to be proactive, but they must be compensated for their actions. Given the flexibility that should be provided to member states when implementing their tailored CAP strategic plans, I believe this Government needs to ensure that the ‘Forgotten Farmers’ who lost out under the last CAP programme need to be afforded the same terms and conditions as young farmers when accessing schemes.

Over the past few months the price of beef and sheep has been to the fore, as livestock farmers struggle to make a living. It must be a priority for the new Government to implement legislation under the Unfair Trading Practices Directive.

Additional powers must be given the competition authority here in Ireland to investigate the different sectors, with the beef sector the first to be examined. Farmers must be able to make a sustainable living for their produce – especially given the high standards they adhere to.

Another key priority must be the introduction of a DNA-system for all cattle and sheep, so we can ensure that produce is truly Irish and that the ‘Farm to Fork’ marketing image is 100% traceable. There is also an onus on the Department of Agriculture to ensure that live exports continue.

As I have previously called for in the past, I still believe that a maximum stocking rate of two livestock units per hectare – across all enterprise types – must be implemented in order to keep nitrates under control. This would also impact feedlot operators as they would have the required amount of land to balance out their stock numbers over the course of the year.

Regarding the dairy sector, I am of the opinion that further research must be carried out to determine the best breeds to use on dairy cows to maximise the sale value of their calves, both for the export or domestic finishing systems. If a certain breed is found to produce calves that are not up to scratch when its beef traits are assessed, then that breed must be phased out inside a three-year period.

Finally, given that this week is Farm Safety Week, I would just like to remind farmers to avoid taking risks. While we may be rushing to harvest crops or cut silage before the rain comes, we cannot forfeit our safety or the safety of others in the process.

* Michael Fitzmaurice is an Independent TD in Roscommon/Galway constituency 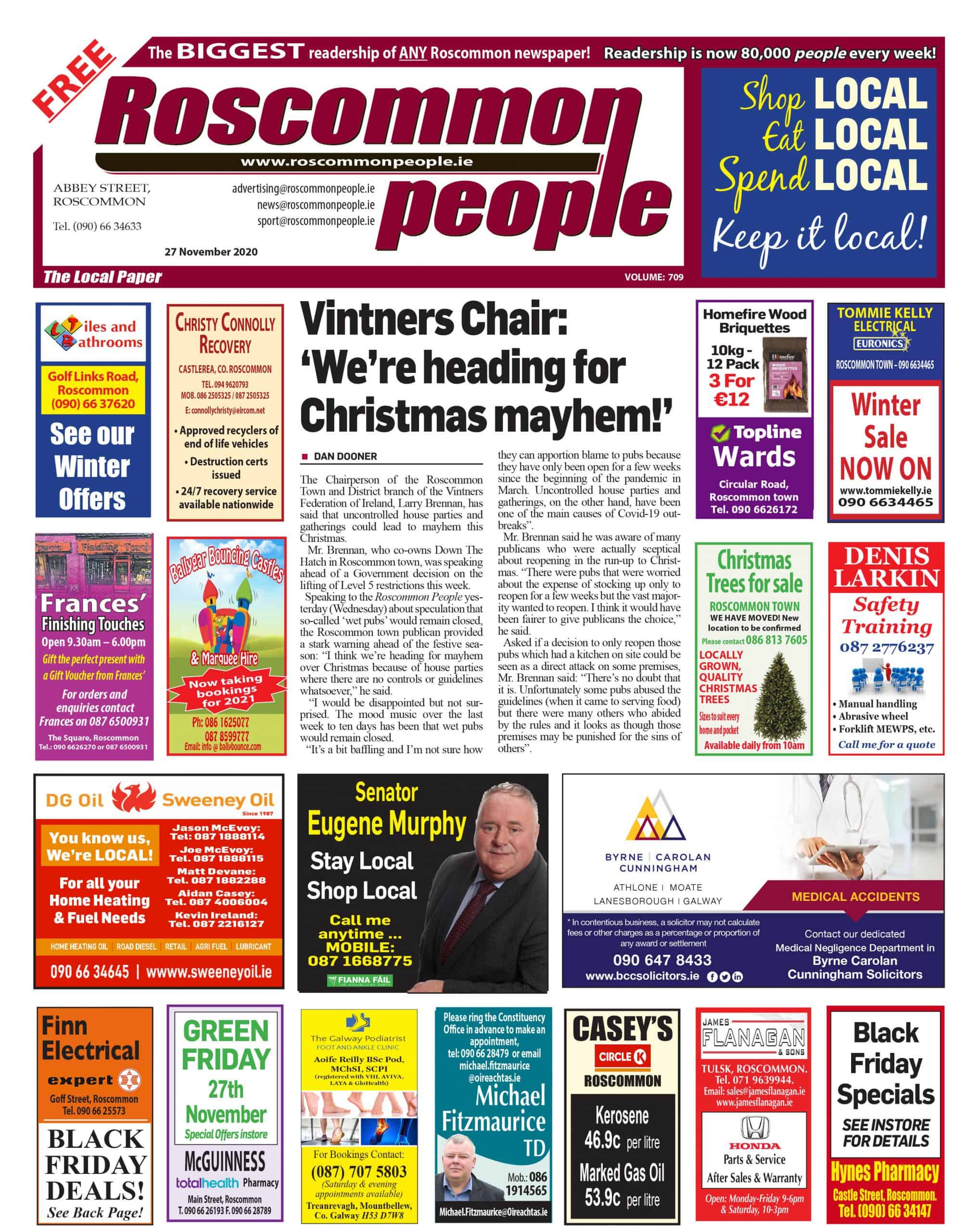