8 hours ago
Roscommon players self-isolating after confirmed case
6 days ago
Cannabis haul in Keadue
6 days ago
Rossies due to play Armagh
6 days ago
Gems from the archives!
6 days ago
Broadband hotspots hailed!
6 days ago
Hit illegal dumpers with heavy fines!
6 days ago
€5m University boost
6 days ago
122 Covid cases in Roscommon in two weeks
6 days ago
TDs critical of Budget
2 weeks ago
Four local winners at Blas na hÉireann 2020

They may have had to wait over four months, but St. Peter’s underlined their status as the kingpins of the Roscommon & District Soccer League with this thrilling win against rivals Castlerea Celtic at McCarthy Park, Athlone last Saturday evening. Castlerea travelled in the knowledge that a draw or a win would have given them the Premier League title, while Peter’s knew that only a win would be good enough to see them retain their crown. They duly managed that on their own ground, thus securing their third title in succession.

Played in brilliant summer sunshine, it was a very competitive and incident-packed match. It has to be said that St. Peter’s were the better side and looked the more likely winners all through, although Castlerea made them fight all the way to the finishing line.

The home side really needed an early breakthrough, and that came in the 15th minute when John McCrossan’s ball in from the left-hand touchline was volleyed home by Mark Sherlock. Peter’s were the better side for most of the half, although Castlerea were improving, and after the ‘drinks break’ the visitors played some of their best football.

Castlerea were level in the 36th minute after a corner from Paul Mee caused confusion in the home defence and Ian Dempsey prodded the ball home from short range. Darran Clabby and Dempsey then had chances before half-time for the visitors, but the score remained 1-1 at the break.

St. Peter’s took the initiative again on the restart and in the 47th minute they scored a peach of a goal. Once again McCrossan did the spadework. It has to be said that Sherlock had a lot of work to do – 22 yards out from goal – but some brilliant skill and a precise shot just inside the post saw his side ahead once again. It was a fantastic goal.

Peter’s were in control now and looked to have put the game to bed in the 60th minute when, after Sherlock was fouled, veteran midfielder and captain Darragh Concannon planted the resultant 20-yard free-kick in the top corner. 3-1.

In fairness to Castlerea they never gave up the ghost and they were back in the game in the 85th minute when sub Peter Farrell scored from close range on the rebound after Ronan Curran’s initial shot was blocked on the line. It meant that another goal for Castlerea would have given them the title, but in truth they never had a clear chance in the final minutes and Peter’s saw it out to claim the spoils.

The home side have proven once again that they are the team to beat in the RDSL, and with players like John McCrossan, Darragh Concannon and Mark Sherlock on board they will be a very difficult proposition again next season, assuming they keep their team together. Paul Mee, Jack Higgins and sub Nathan Bligh were most prominent for Castlerea.

Note: A minute’s applause was held prior to kick-off in memory of the late Garda Detective Colm Horkan. 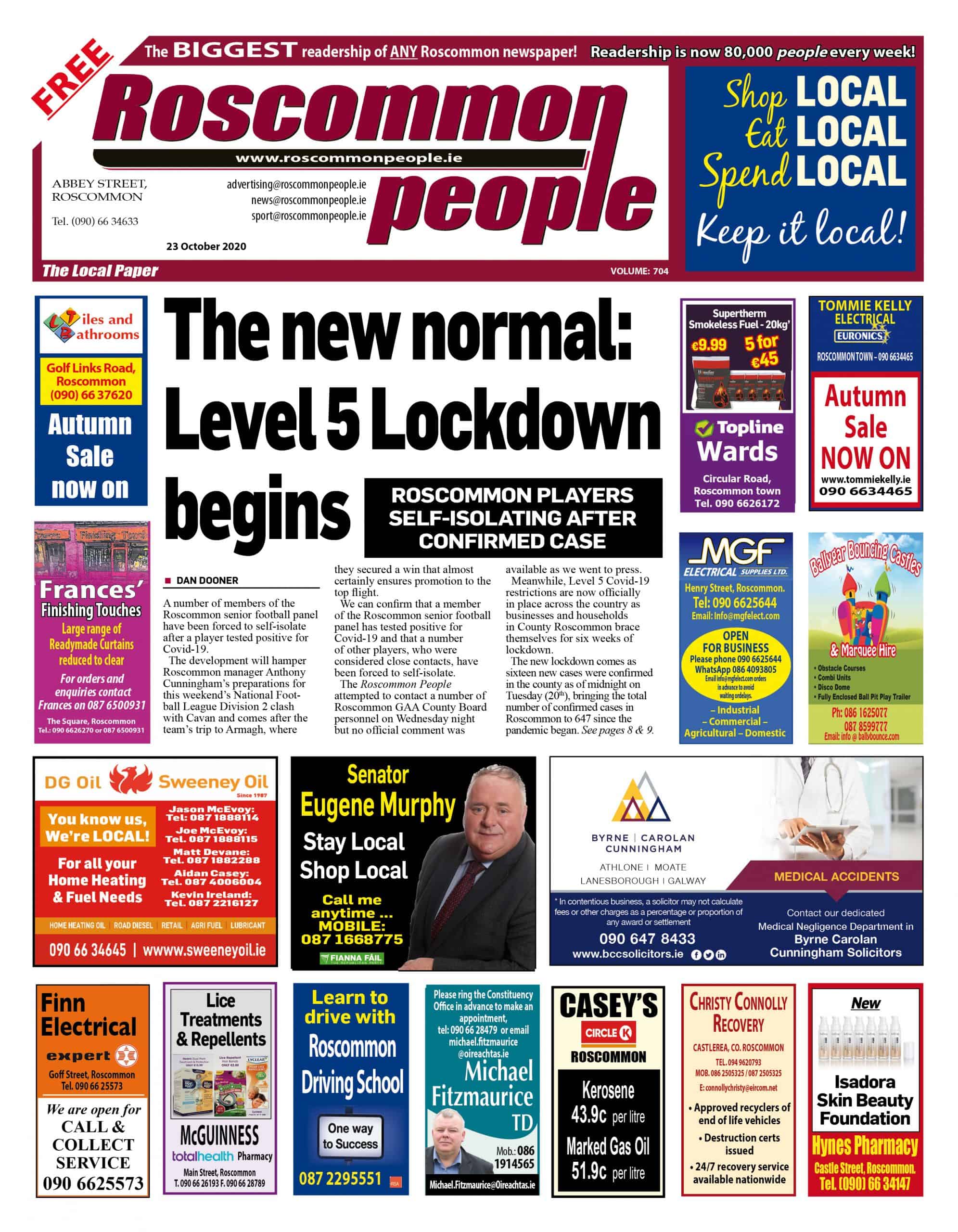