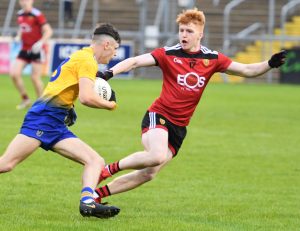 What makes sport so wonderful for those of us who follow it is its unpredictability. Every so often it throws up unique situations and fixtures. This weekend’s All-Ireland U-20 football final is certainly unique. It features a pairing that nobody predicted earlier in the year and is now one of the most eagerly awaited games on the GAA calendar this year.

When Roscommon players, management and fans trudged out of Tuam Stadium on the wettest evening of 2020, having seen their team beaten by 20 points, little did any of us think that we would be in an All-Ireland final almost 18 months later. Yet, that is the reality.

Make no mistake, both these teams are in the final on merit. Offaly battled their way through Leinster while improving all the time. They took out Dublin in the provincial final with a magnificent display of attacking football and then edged past a really good Cork team with an incredibly courageous performance in the semi-final. 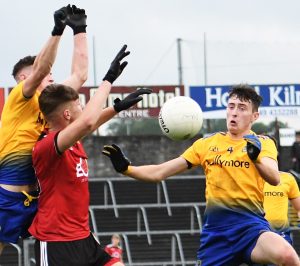 Roscommon were probably expected to beat Leitrim and Sligo in the Connacht Championship – and they did that. In those two games, there were early signs of their attacking intent. Lads like James Fitzpatrick, Daire Cregg, Ben O’Carroll and Darragh Heneghan were flexing their muscles and it was great football to watch.

Of course the litmus test would come against Mayo. The old rivals in a provincial final in Castlebar would be a big step up. And it was. Roscommon started slowly, but once they got into their stride they began to play the type of football that we saw against Leitrim and Sligo. Great finishing, great defending led by their inspirational captain Colin Walsh, and the provincial title was secured by seven points. Now we were all beginning to believe.

In the semi-final Roscommon had to go to the well once again. Down were looking good when leading by 1-9 to 1-6, but Liam Tully and his selectors ran the bench, Walsh and Paddy Gavin were outstanding in defence, the attack delivered once again, and a late scoring burst was decisive. 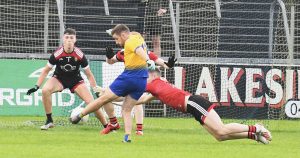 But this Offaly team is so resilient under Declan Kelly. Against Dublin and Cork they were outstanding, and they have a number of real quality players. Their midfield combination of Ed Cullen and Morgan Tynan are a top class duo and Roscommon will have to play well there to get an even share of possession.

However, it is in the Offaly full-forward line that Roscommon will have to deal with the biggest threat. Jack Bryant has been one of the players of the championship so far. He is a lethal finisher, a very intelligent player. His clash with Colin Walsh will be absolutely huge. Cormac Egan has also had a wonderful championship and his ability to win his own ball and set up scores for colleagues is something that Roscommon will have to plan for.

I have been very impressed with the way Roscommon have been able to run their bench this year. We have a number of players coming in as subs that have lifted the team on more than one occasion, and that will be needed again on Sunday.

Apart from the football match-ups, the result on Sunday could well come down to which team handles the occasion best. There will be around 20,000 people in Croke Park, with an All-Ireland title at stake. There is no hiding place. The best players will stand up to the pressure and will relish the challenge.

All the neutrals watching in will not begrudge whoever wins this final but the facts are that the losers will have missed out on a wonderful opportunity to win a major All-Ireland title.

In terms of form, I can’t split the sides. Having spent a lot of my time in Offaly with my aunt and uncle in Cloghan and Ferbane many years ago, I would always have had a soft spot for ‘The Faithful’. They are a hugely proud GAA county with a fantastic record in football and hurling.

But there is something so positive about this Roscommon team in 2021. They have leaders in every line and a very good bench to call on too. Forwards win games and I like the look of this Roscommon attack.

If Liam Tully’s men can replicate the form we have seen in most of the games this year – and especially the form we saw in the last 20 minutes against Down – then they can bridge that gap back to 1978. What an occasion it promises to be.