7 days ago
Publicans in urgent call for clarity
7 days ago
No Minister: Fitzmaurice leads outcry
7 days ago
Buckley is President of Engineers Ireland
7 days ago
Feighan appointed Minister of State
2 weeks ago
Covid-19: Most cases ‘in Roscommon and Athleague’
2 weeks ago
A minister without a mandate – and compliant Greens!
2 weeks ago
New Cathaoirleach ready to get down to business!
2 weeks ago
Tributes to the late Detective Colm Horkan
2 weeks ago
‘Colm Horkan was a good man, one of nature’s gentlemen’
2 weeks ago
Cian’s Kennels aims to bring ‘best friends’ closer together

Gothic horror at the Backstage The award-winning Storytellers Theatre Company take on one of the richest and most provocative classic stories and turn it into a raw and vivid theatrical experience that is not to be missed. The show comes to Backstage for one night only on Tues 29th April and is a must for theatre lovers.  Part psychological thriller, part gothic horror, this story of insanity, murder will send a genuine shiver up the spine. A young country girl is employed as governess to two orphaned children in a large country house. She begins to hear strange noises and becomes convinced that the children are in communication with the ghosts of two notorious people from the children’s past. The question is, are these visitations real or do they exist only in the governess’s mind?  This physically dynamic production is set in an unreal, nightmare world. Four versatile actors play all the roles utilising a total theatre approach incorporating live music and projectors. Storyteller’s work has been recognised with three Irish Times Theatre Awards nominations in the last four years and this show is certain to win the company critical acclaim once more. Turn of the Screw at Backstage Theatre, Longford, Tues 29th April 8.30 pm, €16/€14. If you booked for Little Shop of Horrors you can see this show and Shoot the Crow from Living Dred Theatre Company for only €20.  Tickets available on (043) 47888, www.backstage.ie or from Farrell and Coy Fine Art & Craft Store, Longford. Love Letters cancelled The upcoming production of Love Letters, due to be performed at Roscommon Arts Centre on Saturday 19th April is cancelled. The arts centre regrets any inconvenience caused. For more information please contact the box office (090) 66 25824. Boyle Musical AGM Boyle Musical Society will celebrate its silver anniversary this November, when the curtain is raised on its forthcoming production. Plans are already underway to ensure that this will be the most spectacular show of all in the Society’s 25-year history. Details of the show will be revealed at the Boyle Musical Society AGM, which will take place at 9 pm on Thursday, April 24th in the Royal Hotel, Boyle. All members past, present and future are invited to attend. Sleeping Beauty a sell out European Ballet’s production of Sleeping Beauty, the classic tale of the beautiful princess and her prince at Roscommon Arts Centre, Thursday 24th April is currently sold out.  More information at the box office (090) 66 25824. Paparazzi under the spotlight The paparazzi will be the focus of the May meeting of Boyle Camera Club, when members will be addressed by Peter Wilcock, a former UK daily newspaper photographer now based in Sligo. Eighteen members of Boyle Camera Club ignored poor weather forecasts to enjoy a field trip to the Bricklieve Mountains recently. As it happened, the day turned out to be mostly sunny, with good light for some spectacular photographs.  Members’ images of the tombs at Carrowkeel and surrounds were reviewed at the Club’s monthly meeting in King House. The Club now boasts 64 members and meets every month for discussions and an exchange of information. New members are welcome. Log on to www.boylecameraclub.com for details, or follow the links on www.realboyle.com. Queen of trad Queen of trad Catherine McEvoy is coming to Roscommon Arts Centre on Thursday 8th May. Displaying a gorgeously rhythmic style, she is universally accepted in traditional music circles as one of the finest exponents of the Sligo-Roscommon style of flute playing. She will be joined by Paddy McEvoy (piano), Joe Kennedy (bodhrán), Ruairí McGorman (bouzouki) and Vincent Doherty (singing). Booking at the arts centre (090) 66 25824. 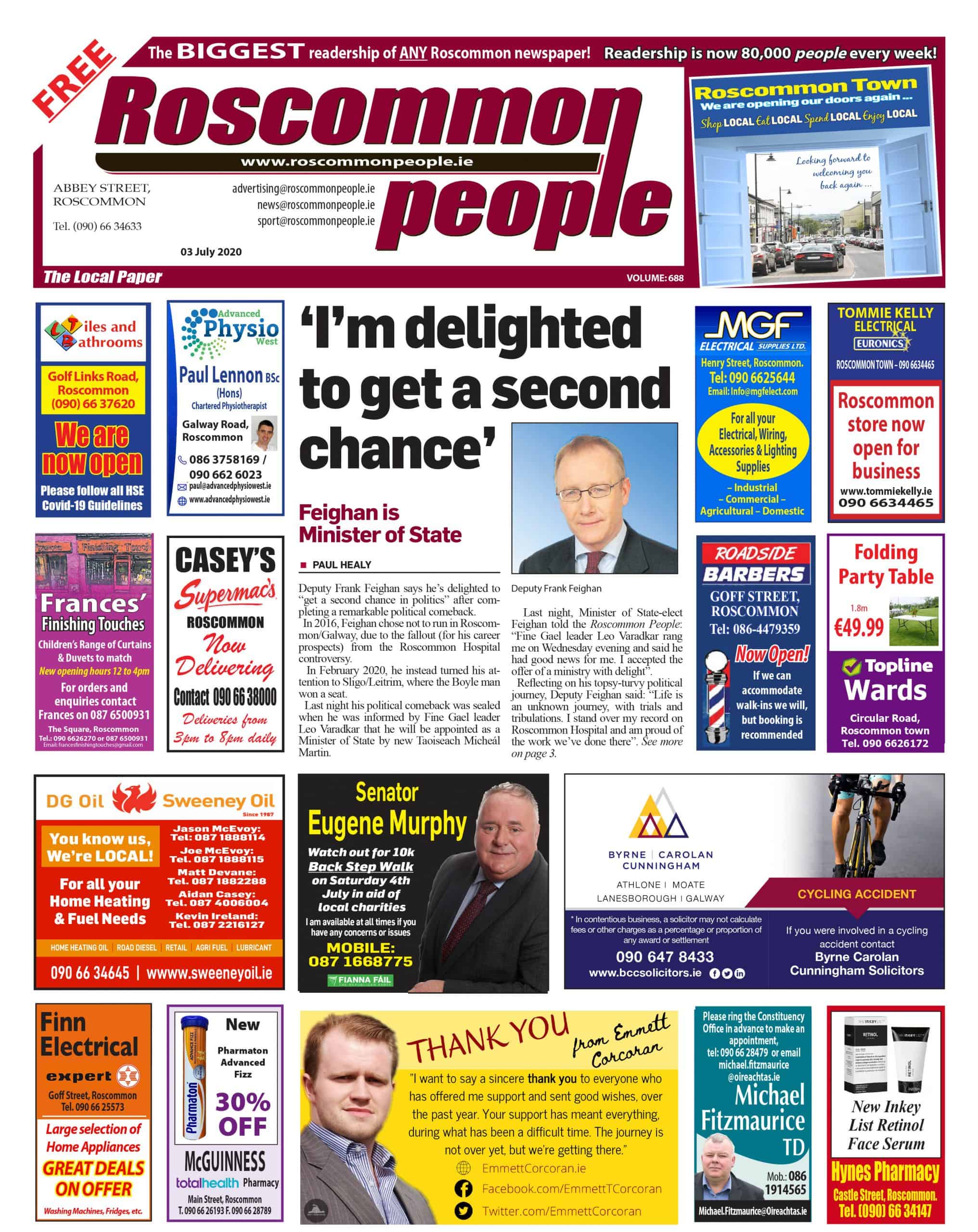