Dr. Martin Feeley’s comments had been reported in the Irish Times before they were disputed by the HSE.

The 70-year-old doctor, who competed for Ireland as a rower in the 1976 Summer Olympics in Montreal, stepped down from his post as Clinical Director of Dublin Midlands Hospital after being told his position was untenable by HSE management. 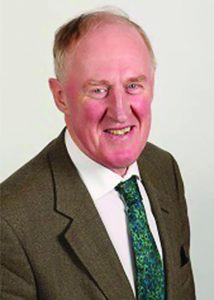 Dr. Feeley had raised concerns that younger people, who are at low risk, are most affected by the current “draconian” restrictions.

He had argued that those in the low risk category should be exposed to the virus so as to develop herd immunity and reduce the risk to more vulnerable groups.

The HSE had distanced itself from Dr. Feeley’s comments.

Meanwhile, a similar course of action to the one put forward by Dr. Feeley was recommended to the Dáil’s Covid-19 committee yesterday (Wednesday) for those under the age of 60.

Sweden’s former chief epidemiologist, Dr. Johan Giesecke, told the committee that the virus should be let spread through the population alongside a programme that concentrates on the “old and frail”.

Mr. Giesecke also warned the Government not to build its Covid-19 strategy around the imminent advent of a vaccine.

* The Roscommon People was unable to contact Dr. Feeley on Wednesday.