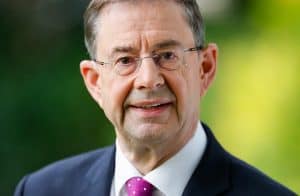 Cllr. Tony Waldron has this week confirmed that Fianna Fáil TD Éamon Ó Cúiv will be the guest speaker at an event commemorating the life and work of Fr. Michael O’Flanagan on Saturday, August 22ndin Ballintubber as part of National Heritage Week (August 15th to 23rd).

Cllr. Waldron said the event provides an opportunity to pay tribute to the former Sinn Féin President and Chaplain of the first Dáil, while also highlighting Roscommon’s rich cultural heritage.

“Fr. Michael O’Flanagan was an entrepreneur and an adventurer and once travelled to the United States of America with 32 sods of turf to raise funds for a cheese factory in Loughglynn. We are trying to take our inspiration from him in order to promote Roscommon as a place to live and do business,” he said.

Throughout the week, Ballintubber and the Suck Valley Way will play host to a cycling, canoeing, kayaking, and other activities before Deputy Ó Cúiv delivers his talk in Donamon Castle.

“Due to the current Covid-19 restrictions, we are hoping to stream events live. There will be talks on topics such as genealogy and environmentalism, and Deputy Ó Cúiv will speak about the life of Fr. Michael O’Flanagan at 7 pm on Saturday, August 22nd at 7 pm in Donamon Castle. He will also be visiting Clonalis House, Ballintubber Castle and Roscommon town.

“Deputy Ó Cúiv has some great stories of when his grandfather Éamon De Valera visited Clonalis House, so it promises to be an interesting evening,” Cllr. Waldron added, before emphasising the importance of promoting County Roscommon as a place for tourism and business.

“The county is currently at the same stage as Ireland was when it joined the EEC and it’s up to the Government to support it in order to free up space in towns and villages and increase the quality of life for those living in rural Ireland.

“People like to live and work here; it’s a place with a lot of heritage and lovely people. It’s also in the national interest that central Government supports counties like Roscommon due to the overcrowding in our cities.

“I sometimes wonder what Fr. O’Flanagan would think if he was around today. He certainly wouldn’t be happy with many things or the way Roscommon has been forgotten about in some ways,” he said.