23 hours ago
Publicans in urgent call for clarity
23 hours ago
No Minister: Fitzmaurice leads outcry
23 hours ago
Buckley is President of Engineers Ireland
23 hours ago
Feighan appointed Minister of State
1 week ago
Covid-19: Most cases ‘in Roscommon and Athleague’
1 week ago
A minister without a mandate – and compliant Greens!
1 week ago
New Cathaoirleach ready to get down to business!
1 week ago
Tributes to the late Detective Colm Horkan
1 week ago
‘Colm Horkan was a good man, one of nature’s gentlemen’
1 week ago
Cian’s Kennels aims to bring ‘best friends’ closer together

A solemn, single tweet from a journalistic colleague alerted me to the breaking news in Castlerea that would grow overnight into heartbreaking tragedy.

It was 1.30 am in the early hours of Thursday. We had finished last week’s Roscommon People a few hours earlier. It was, until now, a normal, quiet night in a rural county still technically under lockdown.

At 3.30 am, one of our delivery team rang. The Roscommon People was printed, but he couldn’t gain access to shops in Castlerea. The streets were cordoned off and there was a huge Garda presence. The sense of foreboding grew.

A few hours later, the devastating confirmation came. Castlerea, our county, the nation, woke from sleep into a real-life nightmare. For a family in Charlestown, the ultimate loss, the violent death of a heroic son and brother.

Detective Garda Colm Horkan had been shot dead overnight in Castlerea. The enormity of what had happened was overwhelming. One week on, it’s still hard to believe that peaceful Castlerea could be visited by such a fate on what ought to have been an ordinary Wednesday night, one that should have quietly passed into an anonymous place in history.

As the days passed, those of us who didn’t know Colm Horkan got to know him. Or so it seemed. A picture emerged of a great Garda, a loving family man, a proud community person, a friend who did good deeds, a sports lover who enjoyed life. It was moving to read of such a man. It was also heartbreaking.

It was deeply touching to observe the huge impact of Detective Horkan’s death on his shattered work colleagues. Our hearts go out to his colleagues in Castlerea and Ballaghaderreen, and to the Garda family through Roscommon, Mayo and nationwide. They have lost a loved colleague in cruel circumstances. They have also been reminded of the risks of their job. And we are reminded of the courage and bravery of our Gardaí as they put their own safety on the line in their protection of the citizens of this State.

The people of Castlerea and Ballaghaderreen, of Roscommon as a whole, distinguished themselves with their response to this momentous tragedy. In particular, one feels for the people of Castlerea. So many of the people of that town (and of Ballaghaderreen) knew Colm Horkan personally. They are deeply shocked by this murder. Not least as it also brings back memories of the double murder of two Gardai in the West Roscommon area in 1980. Henry Byrne and John Morley were both stationed in Castlerea at the time.

A nation weeps for Colm Horkan, who was given a dignified State funeral on Sunday. We are in solidarity with his family and friends, his work colleagues and with the people of Charlestown.

How poignant to hear his friend, retired Garda Sergeant John Hynes, speak so movingly on Liveline of Colm Horkan’s sensitive and important work, which was also highlighted in the Dáil on Wednesday by Deputy Denis Naughten.

We will remember Detective Colm Horkan, who died on duty, in the service of this nation. A good man gone far too soon. A much-loved man. May he rest in peace. 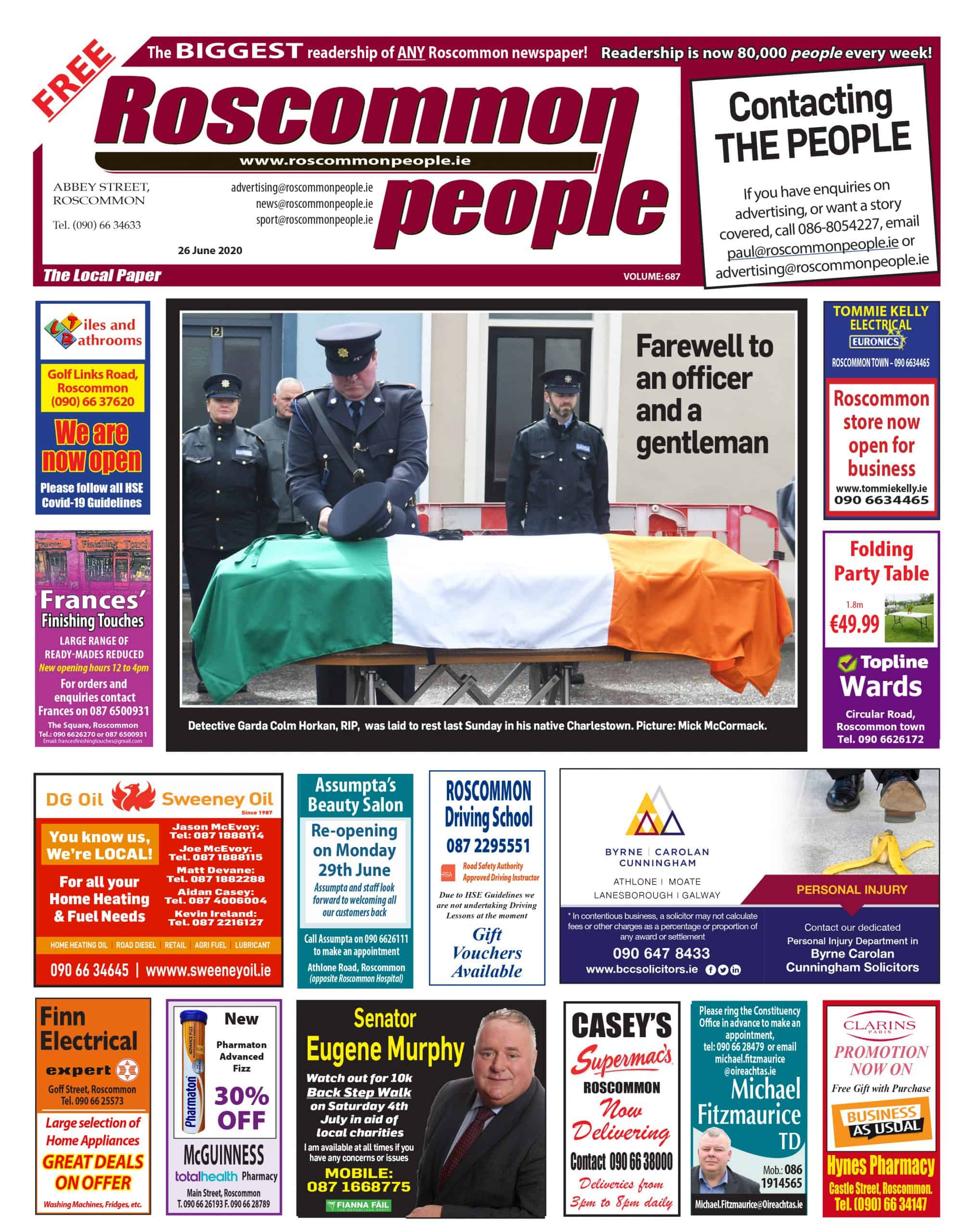