2 weeks ago
Roscommon Club football is back!
2 weeks ago
Ryan ‘must respond’ on local job losses
2 weeks ago
Moving patients during pandemic ‘beggars belief’
2 weeks ago
Calleary hails focus on farming and fishing
2 weeks ago
Local reaction to stimulus package
2 weeks ago
Fitzmaurice warning on climate action
3 weeks ago
# Shop local! # Resilient Ros!
3 weeks ago
When Jack Charlton brought Roscommon – and Ireland – to a (glorious) halt
3 weeks ago
‘If you’re not angry, you’re emotionally and politically dead’
3 weeks ago
Meals on Wheels project in Castlerea a vital help to vulnerable during pandemic 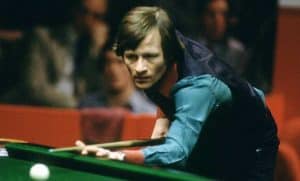 Ten years ago this summer, they lined the streets of Belfast to say farewell to the man they called Sandy. Sandy to his own people, Alex ‘Hurricane’ Higgins to those of us who borrowed him for a few unforgettable, chaotic decades.

Bereft at their loss – anguished that persistent demons had finally trumped genius – they stood in silence for their Sandy. Every so often, another veteran of the professional snooker circuit – most of them lost in memories of the past – came into view, their presence greeted with heartfelt ripples of grateful applause. The eclectic members of the Hurricane’s supporting cast were here to pay their respects.

Belfast paused for its fallen tormented genius…and many of my generation stopped too. We said goodbye to an astonishing man, a Nureyev of the green baize who was also a tempestuous force of nature. He wasn’t the most successful snooker player of all time, but he was certainly the most compelling, and perhaps the one who was most touched by genius.

More than that, he had charisma, volatility, showmanship, charm – rebelliousness too – of such magnitude that it is to him we must give most credit for the extraordinary elevation of snooker from the nondescript smoke-filled halls of grim city side streets to mainstream acclaim as a televised sport watched by millions.

The advent of colour TV, the popularity of the quaint ‘Pot Black’ show, and the resulting profile of dapper gents like Ray Reardon and John Spencer did much to bring snooker to the masses, but it was the irrepressible, flamboyant and mesmerising Alex ‘Hurricane’ Higgins who almost single-handedly made snooker the riveting sporting soap opera which came to be adored by millions of people.

Alex Higgins was probably the ultimate sporting hero of my youth. Well, that’s a big call – I loved Best and Ali and many of the Leeds United legends – but Alex takes some beating!

I began watching him in the late 1970s – and never stopped. He was sensational. Mind you, watching him was incredibly nerve-racking. He played without fear, living on the edge. We willed every ball in. I wrote some weeks ago (in this series) how I used to dread the great Ille Nastase’s exit from a tennis tournament. I’m sure that’s because we saw so little tennis, and the departure of the eccentric entertainer meant much of the promise and magic of the tournament went with him. It was the exact same with Alex. Although I loved snooker, when Alex bowed out, the tournament lost a significant amount of its appeal.

This brings us to Alex’s impact, and legacy. You might argue that he wasn’t amongst the top four or five of all time (which is debatable), and you might frown at his frequent bad behaviour, but many observers will always contend that he was the most influential figure in the game. I know that legends like Joe Davis, John Spencer, Ray Reardon and Steve Davis certainly did their bit, but it was Higgins who lifted snooker from the dimly-lit halls and plonked it in front of an enthralled audience of millions.

What was it about Higgins, just how did he revolutionise snooker? As Eamon Dunphy might say, it’s called style, baby!

Fred Davis: “Alex has one of the sharpest brains in the game”. John Pulman: “The quickest brain the game has ever seen”. Steve Davis on the importance of the crowd to Alex: “It makes him feel like God. When Alex is playing at his best, he’s the best player in the world”. Terry Griffiths: “I love watching him play. He’s so exciting”. Doug Mountjoy: “Sometimes he will do something just for the crowd. He might have an easy positional shot on, but he’ll do the outrageous”. Ray Reardon: “It’s not all bang, crash, all that business. He knows where the ball’s going. He reads the table as quick as a flash”. Jimmy White: “He’s the only player that other snooker players will actually go and watch – including me”.

Alex Higgins changed snooker forever because snooker – sport arguably – had never quite seen anything like him.

Before Higgins came along, professional snooker had little or no mainstream media profile. At the top level, the game was played by middle-aged men who behaved impeccably, slowly circling the table and studiously (and slowly) choosing their shots. Invariably, they played with safety in mind; snooker as chess with balls.

Higgins, meanwhile, was a cheeky young kid growing up in Belfast. In the time-honoured tradition of future snooker stars, he began spending more time in the local snooker hall than in school. He quickly excelled at the game, learning and honing his skills in the Jampot club (often practising for up to ten hour a day). Legend has it that he moved around the table with speed for fear of getting a belt over the head from the hardened adult players who were being humiliated by this upstart!

Higgins was Northern Ireland amateur champion at age 18, Irish champion shortly afterwards, and played in the World Professional Championships for the first time in 1972, aged 22. Sensationally, Higgins won the title, defeating Rex Williams 31-30 in a classic semi-final, before beating hot favourite John Spencer in the final (37-32). The Hurricane had announced his arrival to the world.

Young Alex was playing a style of snooker that nobody had ever seen. His attacking play stunned the game’s elders, turning everything they knew about their sport on its head. His audacious long putting, rapid-fire play and inventive shot-making had audiences – and opponents – gasping. Higgins was taking a once-sedate sport and Hurricanising it! His emergence led to a massive increase in the game’s popularity. He was supremely entertaining, his style of play making him box office!

‘The TIMES headline read ‘Snooker star Alex Higgins plunges 25 feet to break his ankle after mistaking a window for a door’. Pat Hammond remembers the incident: ‘My sister rang me from London…and I said: ‘Just a moment, I’ll have to leave the call, Alex Higgins has just gone past my window’. The eyewitness continued: ‘As luck would have it, the forces of law and order were in the vicinity. There was a policeman there, and a sergeant. And the policeman said to the sergeant, ‘Oh God, do you think he’s dead?’ Higgins looked up and said, ‘No, but I bet you wish I was’. It was the funniest thing’’

What also made Higgins box office was the whiff of danger around him. His behaviour, at the best of times erratic, was often unacceptable; he became the ‘wild man’ of sport. His off-table exploits were on the front pages of the tabloids as much as his snooker brilliance was featured in the sports pages.

Higgins thrilled fans with his showmanship and attacking snooker, while also leading a chaotic private life…involving marital problems, gambling, heavy drinking, fights, clashes with authority. He was found guilty of head-butting a tournament official, and of urinating in a flower pot at the Crucible Theatre. Joe Davis, he was not!

In 1988, he played a couple of tournaments while on crutches! After a three-hour row with his girlfriend (detailed above), Higgins tried to ‘escape’ through a window – but forget that her flat was on the third floor. By the time the Benson & Hedges tournament started in Goffs in Kildare, Higgins was still injured. He got to the final, defeating Stephen Hendry 9-8, while limping around the table!

His was such a chaotic journey through life, perhaps the wonder is that he achieved all that he did as a player.

Those of us of the proverbial ‘certain age’ will never forget his second world title triumph, which came in 1982, culminating in those iconic scenes of Higgins crying as he pleaded with his then wife Lynn to join him with their baby, Lauren.

Higgins had sealed that comeback win with a great 135 break against Ray Reardon. In the semi-final, he made arguably the greatest pressure break ever seen in snooker, a magical 69 which broke his great friend, Jimmy White. Now that is worth watching on YouTube, particularly for a pot on the blue which (as a positional shot) still defies all logic. It is often described as the single greatest snooker shot in history.

In 1983, Higgins had another never-to-be-forgotten triumph, coming from 7-0 behind to defeat his great rival Steve Davis (16-15) in the UK Final. In Rooskey, I watched, spellbound.

The gripping Higgins soap opera had attracted millions of people to the game. In the early 1980s, as Alex-mania took over the UK and Ireland, publican Andy Byrne put seven or eight full-sized snooker tables into the spacious lounge of his pub in Dublin Street in Longford. A friend and I thumbed in most Wednesdays, for a couple of hours of weekly snooker. And Alex was our hero!

It’s a sad year for snooker fans, with the passing of Willie Thorne. The cast of the 1980s (and ‘90s) were wonderful. Higgins was the irrepressible hero-villain of that era. I love how graciously people like Steve Davis and Stephen Hendry and Ronnie O’Sullivan still speak of the troubled but mesmerising Alex.

Ten years ago this summer, Belfast paused for its fallen tormented genius…and we watched, our sadness offset by happy memories of Alex in his utterly captivating prime. And his peers, the men who graced the Crucible on our TV screens, solemnly stood amongst Sandy’s people. The worst of the past was forgotten. Alex was Alex. The memory of his genius prevailed now. The downcast snooker greats gathered with dignity, to remember, and celebrate, the man who had infuriated and thrilled them, the man who paved their paths with some glory and gold. “He is a legend of snooker” Ronnie O’Sullivan said, “and should forever be remembered as the finest ever snooker player”.

Alex Higgins. Probably my greatest sporting hero. Wild and wonderful. I loved him.