1 week ago
Roscommon Club football is back!
1 week ago
Ryan ‘must respond’ on local job losses
1 week ago
No Covid deaths, 20 more cases
1 week ago
Moving patients during pandemic ‘beggars belief’
1 week ago
Calleary hails focus on farming and fishing
1 week ago
Local reaction to stimulus package
1 week ago
Fitzmaurice warning on climate action
2 weeks ago
# Shop local! # Resilient Ros!
2 weeks ago
When Jack Charlton brought Roscommon – and Ireland – to a (glorious) halt
2 weeks ago
‘If you’re not angry, you’re emotionally and politically dead’ 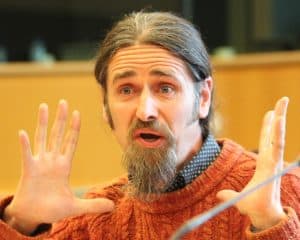 A minister without a mandate is currently pushing for an end to convergence of farm payments. So even before the respective parties have voted on the programme for government it has already been reneged upon. Their promise to protect the small family farm will mean nothing.

So who is directing agricultural policy in Ireland? In whose interests are decisions being taken? Which priorities are regarded as paramount – protecting an elite, or serving the majority with fairness and equity?

These are pertinent questions that deserve answers, that arise from the Minister’s actions during the negotiations on the transitional regulation, a regulation designed to act as a bridge between the current CAP reform due to expire at the end of this year and the new reform not ready yet for implementation.

The Green Party must explain why they are letting this happen. Convergence of payments would benefit the majority of farmers in Ireland with the knock-on beneficial effects on the wider rural economy. We have heard many fine words recently in the wake of the publication of the Farm to Fork Strategy and the Biodiversity Strategy about the need to support sustainable farming practices, but unfortunately it appears that these are empty, hollow words.

Actions speak louder than words and it is blatant hypocrisy to be publically extolling the virtues of the family farm system at home, while simultaneously opposing any change to a discredited outdated system in Brussels that would benefit and support these same farmers in Ireland.

Can the Green Party please explain how we can take the programme for government seriously when their proposed coalition partner (Fine Gael) is busying away in the backward making sure that when it comes to agriculture, nothing will change?